Over 2,386 Marriage Licences Granted in CA as Same-Sex Marriage is Legalized (and more!) 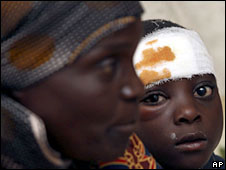 It’s time for the news with Kandy Korrespondent!

On Monday, California performed its first round of legally recognized same-sex marriages. Among the first love-birds to say the magic words, were Robin Tyler and Diane Olson, the original plaintiffs in the 2004 lawsuit challenging the gay marriage ban as unconstitutional. In San Fransisco, pioneering gay activists Phyllis Lyon, 84, and Del Martin said “I Do” in a ceremony initiated by Mayor Gavin Newsom.

According to the Los Angeles Times, a record 2,386 marriage licenses were issued on Tuesday June 17th. An average June day’s count is 460. California is the first state to allow same-sex couples from other states to wed. While for most out of state couples such an action is purely symbolic, New York State has said that it will recognize all CA unions.

While marriage-protectionists mainly stayed out of the lime light on Tuesday, they have already begun to plan their campaign for the November ballot initiative banning gay marriage once again in CA.

The crisis in Zimbabwe is beyond alarming. Earlier this week, the secretary-general of the opposition Movement for Democratic Change (MDC), Tendai Biti was arrested as he returned from South Africa on treason charges, “for publishing a document that was explaining a transitional strategy around March 26″. If convicted he faces the death penalty. MDC leader Morgan Tsvangirai was also detained for the third time.

On Monday, a senior UN envoy, Haile Menkerios arrived in Zimbabwe for a five day visit. He will meet with politicians to discuss the upcoming election. Mr. Menkerios is the first UN envoy to visit Zimbabwe since 2005.

Opposition supporters speak of being beaten, shot at and attacked with petrol bombs. Human Rights Watch estimates that there are at least 2,000 victims of political violence since the March 31st elections.

On the campaign trail, according the latest Washington Post-ABC news poll, Obama leads McCain 48 to 42 percent. The poll goes on, however, to reveal some serious weaknesses with which the Obama campaign will have to deal. 56% of those polled said that McCain was safe choice compared with 52% for Obama. After Hillary Clinton’s barrage of attacks against Obama’s lack of experience, a mantra which McCain has since picked up, it’s perhaps not so surprising that only 50% of those polled said that Obama has the necessary experience to be president. Although Obama led by 16 points on the economy, the two were evenly matched at 46% on the “strong leader” issue.

The challenges of the next few months for Obama will be convincing middle-of-the-road voters that not only can he do the job but he can do it better than McCain.

And Now for Something Completely Different…

This past Sunday, residents of a village in Romania voted their old mayor back into office. The only difficulty is that he is in fact dead. Neculai Ivascu died from liver disease just after the voting began on Sunday and people kept voting for him. One villager seemed to speak for the rest stating, “I know he died, but I don’t want change”.

Election officials in the end awarded the post to the runner-up despite numerous calls for a new vote.

[photo courtesy of the BBC]