After being photographed wearing a gold band on her ring finger, Adele has sparked rumors that she’s married her longtime boyfriend Simon Konecki in a secret ceremony.

According to The Sun, the 28-year-old singer made zero effort to conceal the band as she was food shopping in Beverly Hills this week. The photo comes just weeks after rumors that the couple was planning to marry in a Christmas ceremony circulated online. 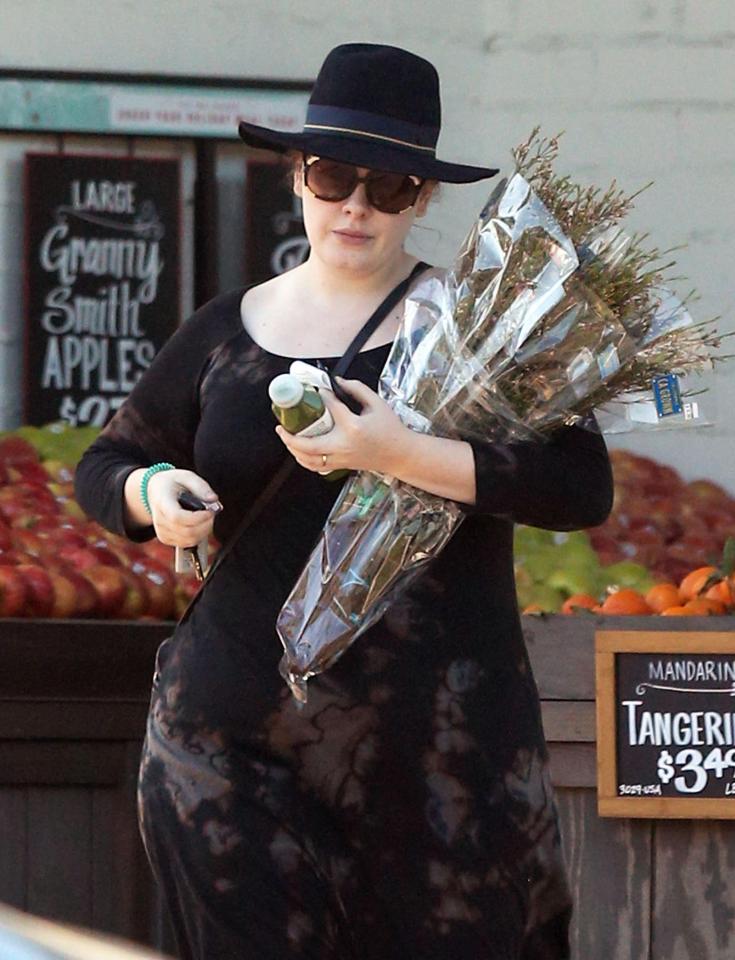 The couple, who have a 4-year-old son named Angelo, have been together for five years. In October, Konecki proposed, and last month it was reported that they were planning their wedding.

“The plan is to marry in LA. The wedding will be in one of the school holidays so Simon’s daughter can attend. It’s looking like it will be Christmas, but they want to keep details under wraps,” a friend close to the couple said, adding that Konecki also wants his 9-year-old daughter involved in the ceremony. “Adele is not even wearing her engagement ring. They’re a private couple and only want their nearest and dearest there.”

Another insider added, ““They’ve decided it’s the right time to think about making that step… They won’t make a big song and dance about it, that’s not the way either of them are, and you won’t see Adele walking around with a huge diamond on her finger flaunting it. But they’re ready to take the next step and both very excited about the prospect. Adele has had an amazing time on tour and is enjoying performing to fans — but she’s looking forward to spending some quiet time at home with her family after 10 months on the road.”

If the two are married, we’re thrilled, but then we need to see photos of Adele’s wedding dress ASAP. Don’t hide this kind of info from your fans!!!!

Adele Net Worth 2016: How Much Is Adele Worth Right Now?