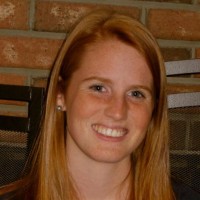 The 10 People You'll See at the Beach This Summer

Living in South Florida means I’ve seen my fair share of beach-goers. The beaches down here are filled with beautiful people with beautiful bodies and perfect tans. However, they aren’t always filled with people who are easy on the eyes. Nor is every beach day an episode of Baywatch. As summer approaches, more and more people are heading off to the beach to catch some rays and waves -- which mean you're going to do a lot of people watching. For better or worse.

Spring Break is approaching quickly. Soon a number of the nation’s college students will be basking in the warm sunlight and frolicking in blue-green waters of the tropics. But before you pack your bikini and tuck your passport safely into your Longchamp, take a minute to think about safety. Like, really think about it.

Living with friends is fun and there’s (almost) never a dull moment. There’s no awkward “Hi, I’m Alex” stage where you don’t know really how to act around your new roommate and none of that awkward/hesitant asking "if it's okay if your roommate, you know, turns off the lights because it's four in the morning, maybe." But with any roommate no matter if she’s a friend or random, disaster strikes because you left your hairbrush out for the third time in a row.

Your Guide To Throwing the Ultimate XMAS Party

To the young, curious child version of myself, Savannah, Georgia was synonymous with Girl Scouts —the scratchy uniform I hated, the vest that always seemed to have less badges than the rest of the other Brownie Scouts, and, of course, Girl Scout Cookies! Yum, I love those things! However, that’s only one part of Savannah.

An Insider’s Guide to the College Party Scene

I’ve done it all. I’ve been to clubs, bars, frat parties, porches...you name it, I've been drunk there. And my favorite of all party scenes? The infamous house party.

The 5 Questions We Ask Everyone: Mickey Madden, Maroon 5

Just when you thought Maroon 5 couldn’t get any cooler, they turned down the temperature a little more. (Bad analogy? Whatever. It's Sunday.) And I'm not talking about their sick new album, Hands All Over, or their sexy music videos. These guys are just great.

I Am Who I Am, No Matter How Hard I Try to Change It

I’ve always been seen as the girl-next-door, the little sister, and much to my dislike, the mom-figure. I can deal with the girl next door or little sister stereotype because most times it works to my advantage. But I have to draw the line as being seen as the mom-figure. Here’s an embarrassing tidbit: at my sorority award ceremony I was voted “Most likely to be the Best Mom.” I was speechless; after all this time with these girls, all those memories, that's how they see me?!

The Know: Maroon 5 is Back, Baby

ince the days of “Harder to Breathe,” I’ve been a fan of Maroon Five. A huge fan. So huge a fan, in fact, that in middle school I would belt out the lyrics to “This Love” in my Catholic school hallway. I like to think I was the trendsetter in middle school, who started singing the risqué lyrics (I really had no idea what they meant) and drooling over the ever-so-fine Adam Levine first.