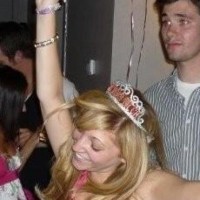 10 Fun Facts About Your Vagina

I still remember the first time I learned the word vagina. I also still remember the first time my classmate, Matt, learned the word vagina, because he sat next to me in first grade and said this word out loud every ten seconds as he giggled away. I wish I could say the standard giggle/vagina combination went away with age, but the truth is I just got a Brazilian wax and still found myself slightly giggling.

Every month when I pick up my Cosmo, my roommate always picks it up off the coffee table and starts to read it. It’s entertaining, I know. But really, the only reason I read it is for research for this column. Don’t people (a.k.a my roommate) realize this magazine is filled with nonsense?! It doesn’t even have juicy celeb gossip to read to make me feel like I’m part of the inner celebrity circle.

Just as I was wondering how Cosmo was still in business, I found myself just a little bit excited that May was the “sexy issue.” Plus, Heidi Klum on the cover did happen to give this issue a little more merit in my book. Of course, as soon as I started to flip the pages I remembered why I write this article in the first place.

College is a world where even jeans stand out in a classroom. Sweat pants and leggings dominate the college fashion world, so when I saw Jessica wearing dark black ripped jeans, and long, dangly earrings, I was kind of hooked onto her style. She doesn’t just put on jeans and a cute shirt and call that fashionable.

I’ve officially decided the best way to read Cosmo is out loud on Spring Break with your best friends. Maybe it was the rum in our (multiple) Miami Vices, but we couldn’t help but crack up at all the advice Cosmo had to offer in this month’s issue.

This month’s issue of Cosmo may just take the award for most insightful published information yet. (Where's that sarcastic font when we need it most?) First we learn what kind of behavior is too freaky to fix on a man… such as someone who Tweets every time you switch positions in bed.

So I know that half the country is covered in pounds of snow right now, but for some reason I can’t get my mind off the sunshine. All I can think about is pretty colored drinks in hollowed out fruits (and what I’ll be wearing when I drink them).

It was time for me to get a “little sister” in my sorority, and I knew the girl I was looking for had to be stylish (it runs in our family.) And along came KP. When she wasn’t wearing sorority letters, she was rocking some seriously edgy outfits, always accompanied by studded belts and funky vests.

Cosmo's February issue had a lot of usefulless information, as per usual. Get excited! This month we learn how guys truly feel about nail decals (we know you’ve all been dying to know the answer to this.) Turns out 55% think they’re too over-the-top, while 45% say they’re fun and flirty. But I’m pretty sure 100% don’t really know what nail decals are.

If I could raid any two celebrity closets, it would have to be Mary-Kate and Ashley Olsen’s. (Actually, they probably share a closet so I guess I would only need to sneak into one, right?) Oversized sweaters (on top of more oversized sweaters), heavy rings that weigh down their fingers (all ten of them), the highest Louboutin heels and the brightest red lipstick.

It was just another daily Facebook-check when a message from Mark Zuckerberg appeared on the top of my newsfeed. Blah, blah, blah. Shut up, shut up, shut up. We know there are millions of users on Facebook - my mother is on it for God's sake - no need to write us a message about it, Mark!