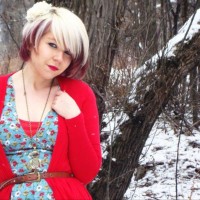 Oh Kate, you've made some mistakes in your life -- remember Peter Doherty?* -- and sometimes your style is questionable. Well, quite often it's questionable. But you always manage to pull it off with that effortless thing you have going on and that devil-may-care pout. But seriously, what is this? Is it 1995 again?

I would like to start with a disclaimer. One, I have only been writing this column since June, so I cannot account for any hot messes prior to this time. And two, hey, there are a lot of celebrity hot messes out there. I have only been able to criticize a tiny percentage of them.

Hot or Hot Mess: Sonam Kapoor in Chanel at the Paris-Bombay Chanel Show

Rising Indian actress Sonam Kapoor joined pal Freida Pinto at the Chanel Paris-Bombay show at the Grand Plaza in Paris on Tuesday. She, of course, wore Chanel -- choosing a frock from the Spring 2012 line.

I can't physically express my envy in writing this post. As a poor, fashion-obsessed college student, my one dream is for some Chanel. A Chanel bag would be the dream. Just one beautiful piece of black and white monogrammed beauty. Or a vintage Chanel tweed jacket. Or a dress. Or even just some tights...

Hot or Hot Mess? Kirsten Dunst in Rodarte at the Museum of Contemporary Arts Gala

Kirsten Dunst wore this Rodate Spring 2012 dress to the Museum of Contemporary Arts Gala earlier this week. She is the first celebrity to wear the new-season empire gown, which featured a strapless bodice and aqua and lace tiers. She paired it with pretty makeup and 40s style hair, diamond jewellery and a Chanel clutch.

Hot or Hot Mess: Daisy Lowe in Gaultier at the Harper’s Bazaar Woman of the Year Awards

Daisy Lowe went for a goth-rock look for the Harper's Bazaar Woman of the Year awards earlier this week. She wore a tuxedo-style dress cut short at the front, and long at the back from the Jean Paul Gaultier Fall 2010 runway. She paired the look with dark red lips (and a matching Lulu Guiness clutch) and YSL patent pumps.

Hot or Hot Mess: Amanada Seifried in H&M at the In Time Premiere in London

Amanda Seifried stepped out on the red carpet for the In Time Premiere in London in a blue shorts and blazer combo from H&M. Yes, that H&M.

Hot or Hot Mess: Chloe Moretz in Dolce and Gabbana at the Scream Awards

I know here at CC, we're kinda say whatever you want, do whatever you want girls, and that's awesome, but let's be gentle with Chloe Moretz. She is only 14. When I was 14 I was still wearing blue eyeshadow and tshirts with Eeyore on the front.

A strange mix of conservative (the covered shoulders) and a little sexy (the thigh-high slit) and not something everyone can pull off, but Emma Stone has this amazing ability to pull off certain things that would look hideous on other people. I love the print (polka dots are huge for Spring/Summer 2012) and this dress has that straight-off-the-runway look while also looking super-wearable.

Hot or Hot Mess: Lady Gaga at the iheartradio music festival in Moschino

Gaga, why would you ever consider a dress made of meat when you can look this good? This is a non-negotiable HOT from me. She looks perfect. I cannot understand why she doesn't dress like this all the time.

Hot or Hot Mess: Sarah Jessica Parker in Stella McCartney at the Premier of Ocean’s Kingdom

It's just... SJP could feasibly be my mother. I would not want my mother going out in something like this. Don't get me wrong, it's a gorgeous dress. I love the lace, I love the white (who says you can't wear white after Labour Day?!), I love how she has accessorized with a big floral piece (very Carrie), but I just don't think it's...well...appropriate.

Hot or Hot Mess: Gwyneth Paltrow in Pucci at the Emmy Awards in LA

Gwyneth Paltrow is one of those celebs you have to take with a pinch of salt...and a dash of jealousy. She has the talented husband, the gorgeous kids and the rockin' body. But at least she doesn't pretend she got her hot bod from a diet of burgers and fries, like most celebrities. She doesn't give those utterly crap statements about a "fast metabolism" and never moans "Oh, I hate the gym" and "I love pizza!" Girl works hard for her body, so props to her for wearing an ab-bearing dress for the Emmy's.