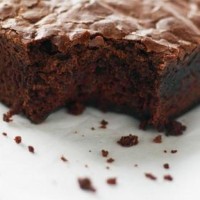 I Like Sex. Does That Make Me a Slut? [Friday Faves]

I know I am not a slut, but is it possible to enjoy myself without others labeling me that way?

What would you do if your ultimate celeb crush came along, totally DTF, and he was sporting more than you bargained for? Would you tell him to move along? Or would you gamely explore foreign territory? While we can't coach you through the make-it or break-it moment, we can give you the dirt on who has an elephant trunk in their pants...and who doesn't.

Let me begin by thanking Cosmopolitan magazine for being the basis of my sex education knowledge. My conservative mother would not sign the “allow your child to take the sex ed” waiver…so I had to turn to Cosmo in the midst of my confusion and all of my wildest sexual fantasies were brought to life, or at least written on a shiny page.

I Have a Love/Hate Relationship With the Pill

Everyone knows that sex without a condom is better than with that thin latex lining. According to guys it “feels amazing” and is “probably the best thing on earth.” (Clearly, guys have never tried dipping pretzels into frosting....) But we also know that no matter how good it is, it isn’t good enough to risk getting pregnant and spending our days playing peek-a-boo instead of beer pong.

For many students, college, like Las Vegas, is the land of indulgence. From the all-you-can-eat buffets in the cafeteria to the endless kegs at house parties, if you want something, you got it. Here. Now. Until you burst (or barf). And that goes for hooking up, too.

He Said/She Said: Swiping the V-Card

I was with my boyfriend for three months the first time sex (and, simultaneously, something else, if you know what I'm sayin'....) presented itself. It was his birthday, we were in his bed, neither of us were wearing clothes, and after an hour of a whole lot of other stuff, I was ready for it. And it was my first time.

When It Comes To Sex, There's a Lot of Freaky Ish Going Down

I like sex. A lot. I like trying fun new positions and having sex in fun new places. Hell, I've made it through 174.5 of the positions in "Sex 365 - A Position for Every Day" (the half was due to an ill timed Charley horse that left my partner bleeding profusely from the nose...) and I've even dabbled in a little role playing.

8 Under $20: Key Pieces You Will Love All Season

Besides all the glitz, glamour and fancy trends those 100-pound fashion magazines are pushing on you this season, there are eight things you must have in your closet (not counting undies, bras and socks, of course).

What Would You Change for a Guy?

The beginning stages of a new relationship are always the best. Thinking about the other person gives you butterflies, every date is an exciting new adventure, and you aren’t close enough for him to start discussing his farting habits with you.

Would You Rather there be a beer that had zero calories or a beer that didn't give you a hangover the next day? Things to Consider: Beer gut, how many calories are in a $1 pitcher, the way you feel at 9am on Sunday morning.

Single. And In a Relationship

OK, so clearly it's impossible to be both single and in a relationship (unless you're Tiger Woods or Jesse James, I guess...), but it's true. And it's the best and longest relationship I've ever had in my life.

Would you rather be the dumper or the dumpee? Things to Consider: post-break up weight gain, telling your friends you got dumped, extreme guilt, changing your relationship status on Facebook.