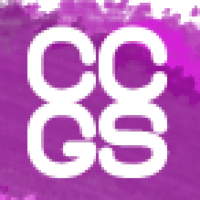 Greek Speak: The Best and Worst Theme Parties Ever

If there's one thing a sorority woman knows (besides the names of all her founding sisters/the words to every rush song/the rules to scoring the best room in the house) it's a theme party. I don't know if it's in the official rules of Greek Life but sororities/fraternities and theme parties go together like cheating spouses and Hollywood.

Greek Speak: The Truth and Lies of Greek Life on TV

Admit it - even if you are in a sorority, you’ve wondered if Greek TV shows are anything like real Greek life. But first off, it goes without saying that whether you are Greek or not, if you have never seen an episode of “GREEK” then you haven’t lived.

To run, or not to run- that is the question. Sorority exec elections are right around the corner for most chapters, putting a lot of girls on the fence about whether or not to run for a position. Going for any title from new member educator to secretary to president can cause drama and tension between sisters and put friendships on the rocks in the house. So, to run or not to run? Debatable.

Greek Speak: So You Didn’t Get Your First Pick…

Sorority recruitment can be many things: fun, intense, scary, adventurous, and exciting - but it can also be brutal. Warning: Expect tears. While many girls will end up in their dream house, there are plenty of potential new members that will not get their first choice house and some girls who won't get in a house at all!

To say that frat guys don't have the best reputation is like saying that that I only kinda like Diet Coke. From movies to TV shows to their very own indiscretions (like the most recent events at Yale), on a scale of douchebaggery, they fall somewhere between Spencer Pratt and Tiger Woods.

When you combine 80 girls plus their stress from exams and boys, there is going to be drama. Duh. And even though sorority girls do sometimes get in crazy bitch fights over missing nail polish and whether they are going to watch Gossip Girl or Grey’s, they aren’t lying to you when they say that no one hates anyone in their house.

It seems like every year ALL the fraternities try to cram their date functions and formals into two weekends in the fall and spring. For a socialite like myself and the rest of my pledge class, juggling all these events can be a bit overwhelming for a girl! (

Greek Speak: Why You Should (and Shouldn’t) Go Greek

Joining a sorority is a huge time, financial and social commitment. It's more than choosing a place to live for the next school year; the chapter you join determines who your friends will be, what your social life will look like and even your life post-grad

Greek Speak: Behind The Scenes at Sorority Rush

To protect the traditions and longstanding process, sorority rush is inherently shrouded in secrecy. Every chapter keeps their plans hush hush, current members can't talk to potential new members, and everything - from rush songs to what snacks they'll be serving - is kept on total lock down.

Greek Speak: So You Want to Join a Sorority?

As a die-hard sorority girl, I have no problem admitting that I know exactly what it takes to successfully join the sorority that is right for YOU. And trust me, there is one. It might not seem like it on the first day of rush when you're being shuttled from house to house and having 3 minute conversations with tons of girls, but there is. And when you get in there and connect with the members, you'll know it.

Hello future, present, and past college sorority women (and creepy guys trying to get in on the juicy sorority gossip)!! My name is Megan, I'm a Junior, I go to Purdue, and I am so excited to be CollegeCandy's Ultimate Sorority Girl! (Also, I like exclamation points.)