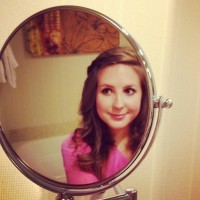 The Post-Grad Journey: ‘Tis the Season of Student Loans

Even though Christmas is on Saturday, I honestly couldn't care less this year. With everyone around me so happy and festive, I feel like the odd-woman-out. However, I think I have a decent excuse. Instead of “Jingle Bell Rock” in my head and busy days spent shopping at the mall, I'm singing the Student Loan Blues while staring at my empty bank account.

The Post-Grad Journey: Screw You, Self-Help!

If you google “life after college” or anything related to being a post-grad, tons of self-help websites and survival guides appear. And even though I write a column about being a post-grad, I can’t help but find this to be incredibly annoying.

The Post-Grad Journey: It’s Time for the LSAT!

Some people train for marathons – spending every day building their endurance, improving their time, and practicing so they will be able to cross the finish line. I’ve been spending the last five months doing all of the above, but I’m definitely not running a marathon anytime soon. Instead, I’m taking the LSAT … this coming Saturday.

The Post-Grad Journey: Alone Is Liberating

The majority of my post-grad journey has been spent alone. Some days this bothers me, making me homesick or nostalgic for a bustling college campus. But most days, well … I love it.

The Best 4 Lip Products You Will Ever Buy

I have an obsession with all things lips: lip buffer, lip gloss, lipstick, lip balm, Ms. Lippy... This obsession has resulted in me trying just about any kind of product I can get my hands (or should I say my lips) on. After spending money on a lot of products that don't live up to their promise, I can attest that the following four are definitely some of the best products on the market.

To Blog or Not To Blog?

We live in a social media obsessed world. There’s Facebook, Myspace, (although I wonder if anyone actually still uses it), Twitter, and many blogging platforms such as Tumblr, Wordpress, and Blogger. Although we upload our pictures to Flickr and Facebook all the time or write about our weekend experiences in personal blogs, there could be a possible downside to all of this internet exposure?

The Post-Grad Journey: Thankfully Out of College

Even though being a post-grad hasn’t been an easy ride (biggest understatement of the year), I have plenty of things to be thankful for this Thanksgiving season. So in honor of the holiday and my new "the bowl of stuffing is half full" mentality, here is a list of post-grad things worth celebrating this time of year:

The Post-Grad Journey: Can We Get Our Own Reality Show?

Everyone has a story. And while my post-grad journey has so far revolved around moving to California, interning, working odd jobs here and there, and studying for the LSAT to attend law school next year, I know that my story isn’t a typical after-college route.

If you Google "Post-Grad," a lot of articles come up about suffering from depression once you graduate college. And yes, I will say that it can be depressing at times, but really -- it's not so bad. Although the last six months have gone by incredibly fast, I have learned a lot when it comes to adjusting to life outside of college.

The Post-Grad Journey: Keeping In Touch

College introduced me to my best friends (who ended up not being my best friends senior year, but oh well), girls that compulsively wore Uggs and North Face jackets to class, stereotypes unknown in high school (hello frat boys), frenemes, coffee buddies, and classroom peers, and a few boys I wish I never met.

The Ten Novels that Every Girl Should Read

In the late 1800s, children’s literature split into two overall genres: boys’ books and girls’ books. Although girls’ literature continues to be published today, the recognition of female protagonists is often overlooked. In a world full of Mowgli’s (from The Jungle Book) and Harry Potter’s, it’s hard for girl characters to get the recognition they deserve.

The Post-Grad Journey: The Stability Shuffle

Taylor Swift Is No Better Than John Mayer or Kanye West

Taylor’s career has been built upon writing songs about her encounters with other people, revealing facts about her relationships, and candidly exposing her side of the story. This is something that many people have done in their music and through their interviews. However, they get a lot of crap for it – while Taylor seems to get the thumbs up.

If you’re a recent post-grad, chances are you don’t have anything figured out. Or maybe you have some of it figured out, but when you close your eyes and picture yourself five years down the line, things are somewhat blurry. This probably gives you heart palpitations. I get it. The future can be scary, especially when you have no idea what it will hold.

10 Things You’re Never Too Old To Do

When you're little you always hear "Wait till your older" from piercing your ears to getting your first pair of heels to sending your very first sext. However, once you hit adolescence, it seems like you're constantly told to "act your age" or that you're "too old for" something. Just because you're in college doesn't mean you can't bask in things from the past ... Here are ten things you are definitely never too old for.