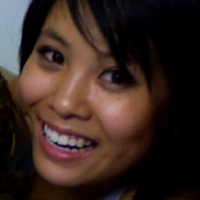 Whatever happened to "no glove, no love"? These days, forgoing condoms is practically considered proof of love ... but intentionally unprotected sex isn't merely a practice exclusive to the betrothed or married.

Foreskin may be the only uncharted territory Americans have no desire to conquer. In our country, circumcision is common enough that a foreskin-free penis is the expectation, but elsewhere, that's hardly the case. Though it remains the most common elective operation globally, the majority of men in the world don't undergo it. Surprised?

Sexy Time: Check Your “Type” At The Door

I've never quite understood the idea of having a "type" when it comes to dating. Favorite ice cream flavor? Sure. Favorite type of guy? Not so much. Perhaps this is because I've gone out and hooked up with a lot of different kinds of men, and I've found myself equally attracted to guys of varying ages, races, heights, and builds.

An hour before my first date with my boyfriend, I was sitting at dinner with a friend who had a single piece of advice for me: "Whatever you do, don't sleep with him on the first date," she said.

I have nine months to grapple with my disbelief over dating a 30-year-old before my boyfriend actually celebrates his third decade of life. At 21, I'm young enough to lack the proper shame for being broke, have neither a bachelor's degree nor any discernible expertise, and occasionally cheat the public transportation system by paying youth fare.

Sexy Time: Splitting The Bill On Plan B

If you think it's awkward to go dutch on a meal, then you clearly haven't gone dutch on Plan B. I'm all for gender equality but when a friend of mine relayed the following tale, I threw my split-the-bill philosophy out the window.

Marriage isn't a right; it's a privilege. Depending on the time, place, and partner, getting married could be harder than getting into Harvard, if not downright impossible. As recently as fifty years ago, miscegenation laws would have forbid me from marrying my boyfriend (or any man not my race) in certain areas of the United States.