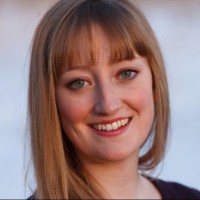 If we know anything about Wendy, it's that she's a resilient badass, and if there's anyone who can stand up to a tough race, it's her. The woman was a teenage single mother who went on to graduate from Harvard Law.

Obamacare, the Government Shutdown, and What It Means for the Ladies [Lady Bits]

We live in some dramatic times, y'all.

People from around the world have shared their stories on the Stop Street Harassment blog, and 50 of those stories are the basis for Holly's new book.

Bad breakups suck. You have to pick up the emotional pieces, get your stuff back, maybe change your number, and... check for naked photos of yourself on the internet?

That's right, she's 64 and just swam over 100 miles across the Florida Straits.

All sexist stereotypes are stupid. But one of the weirdest ones still hanging around is that women aren't funny. It makes no sense, and there are so many hilarious ladies who disprove it. After all, where would the world be without Tina Fey and Amy Poehler?

The Paris Mayoral Race Is All Female, Meet The Candidates [Lady Bits]

This summer, there’s a bit of good news in the otherwise pretty dismal land of politics: one of the world’s most influential cities is about to have its first female leader.

Street Harassment: How About Standing Up To It, Guys? [Lady Bits]

I've been receiving unwanted male attention in public since I was about 13 or 14 years old, and it's never gotten any easier.

Is Your School Under Investigation For Mishandling Cases of Sexual Assault? [Lady Bits]

Here's a list of some of the universities in the hot seat.

Support a female director, and you're not only supporting her, but all the women that she hired.

I don't know about you, but I'm feeling... really, really tired of reading stupid articles about hookup culture.

Your First Visit to the GYNO Was Probably Like This

Ah, growing up. In every young woman's life, there comes a time when she must become acquainted with the special lady doctor: the gynecologist.

Dustin Hoffman Tears Up About Being “Brainwashed” [Lady Bits]

After seeing himself and being disappointed that he didn't make a more "attractive" woman, Hoffman says he broke down into tears and realized that he had been "brainwashed" to think that attractiveness is the most import thing about a woman.