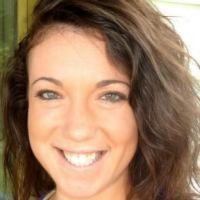 To Serve or Not To Serve – Is That Even a Question?

Hey! Seniors out there! You guys ready for a round of twenty questions? I am certain it has already begun for some of you. Those infamous queries - “What are you going to do?” and “What is next after graduation?” - can cause any senior to close their eyes and wish to rewind back to freshman year, even willing to regain the “freshie 15” just to avoid that Doom’s Day in May.

In elementary school all that was required of us to get decent grades was coloring inside the lines. Middle school and high school introduced to the word “studying” and, soon after, a genuine dislike for the word. But college is where the work is no joke. The classes are hard. The workload is heavy. And the social scene is exploding. So how does a college girl stay on top of it all?

Bookmark This: The Top 10 Sites For Every College Student

Though I adore a good Facebook stalking sesh and Googling my name from time to time, I believe that the following sites don’t get enough cred. So let’s bookmark these babies and get our computer mouses (mice?) acquainted with them sometime soon.

I Pledge Allegiance To My Diet: 5 Easy Tricks to Slim You Down by July 4th

The 4th of July is only a week away and the store mannequins have certainly arrived in their starred and striped bikinis to make sure we don’t forget it. It’s an American holiday that takes barbecues, fireworks, and beach parties to a whole new level and with it coming up fast, it’s time to pledge our allegiance to our diets

Although yellow is in the forecast as a hot color this spring, the real question is this: Why go yellow when you can go green? Especially when Green is so chic!

Reading Between the Labels: A No-Nonsense Guide to Food Labels

While I have not done an algebra equation since the 10th grade my stomach still churns in the same way every time I attempt to decode the nutrition facts on my favorite foods. Reading food labels can leave any head spinning with questions about daily caloric intakes and serving sizes. But navigating a food label doesn't have to be as hard as finding a decent guy on a college campus.

Friends That Go the Distance… Literally

It goes without saying that there is an enormous difference between being two doors down from someone and 2,000 miles apart. As junior and senior year of college approach, destinations like Italy and France begin whispering into the ears of undergrads, luring them into the idea of studying abroad.

We are reaching the week in the semester that is marked on every college students’ calendar. Whether the seven days in the planner reads “PUNTA CANA” in big letters or are filled by a volunteer service trip, Spring Break has finally arrived.

It was hard not to notice Kelly Ripa whip herself into the best shape of her life almost instantly two years ago. She had always looked good, but suddenly her body looked insane. In a good way. I wanted to know her secrets. I longed for the formula to her suddenly sculpted arms and her six pack abs.

Romeo and Juliet probably would not have been the famous star-crossed lovers had they met at a bar instead of a balcony. We all remember the duo that defined infatuation, Juliet up on her pedestal and Romeo down on one knee. Though I hate to be the bearer of bad news, the times have changed since the days of poetic love letters and walking a girl to the front door.