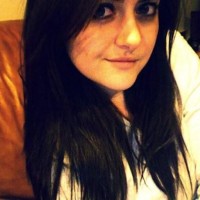 It's January, so you know what that means in Hollywood - it's awards season! Kicking off the big ones is the Golden Globes, airing THIS Sunday, Jan. 16, and I for one cannot WAIT!

This week, while college students everywhere bum out before classes begin, some celebs broke up, some got together, some were just plain crazy, and Snooki made books a joke. In other words, after a few weeks of relatively little gossip, a lot of marriages and proposals, and a lot of break-ups, it looks like celebrities have finally gotten back into their old random ways. Yay!

Maybe in an attempt to make up for all the cheating and divorcing that went on this past year, half of Hollywood seemed to get engaged over the holidays. I guess they really let the Christmas spirit get to them. Either way, congrats celebs.

Gossip Cheat Sheet: Hollywood Gets Ready for the Holidays

While we're all busy staying up until ridiculous hours of the night studying for finals and attempting to get some holiday shopping done at the same time, Hollywood has been... breaking up some of it's cutest couples? At least it's reassuring to know that while we're stressing, celebs are always there to keep us entertained.

Indulging in Thanksgiving Without Packing On the Pounds

When you think of Thanksgiving, the first thing that comes to mind isn't family or a break from school - it's FOOD. Obviously. And while it's a great time to over-indulge in some of your favorite holiday treats, it's also a great time to pack on some serious pounds.

Thanksgiving Dinner Will Wreak Havoc on Your Waistline

Ah, Thanksgiving. A time to seriously over-indulge in some delish foods without feeling like a total piggy. A time to eat until you can’t button your pants anymore. A time when the leftovers are better than the original.

Getting Over a Long-Term Relationship: How I Did It

When I was 15-years-old, I had a boyfriend who I was convinced I was going to marry. No one in the world could change my mind, whether the warnings came from my mom, my best friend, or the cousin I looked up to the most. Me and this guy, we’ll call him D, were in ‘love’ – or as much in love as you can be before you’ve finished puberty.

Make the Most of BFF Time Before School Starts

t’s August, which means it’s almost that time of year: back to school. But unlike when we were younger and dreaded the first day, going back to college is exciting, enough to provoke countdowns on Facebook statuses (“Only 236 hours more days until I’m back at school!”), and overall giddiness. However, amidst all that excitement, there’s one gray cloud looming: you’ll be leaving your best friends from home behind.

Why Are People Using Formspring?

Formspring in its current form has become a place where people can talk sh*t, and do some completely anonymously. Apparently, once you set up a page on there, you can comment on just about anything without ever having to list who you are. Postings range from actual questions (i.e. the original intentions) to vicious and evil comments ("You’re so fat," "No one likes you," "Why are you and your friends so ugly?"). Yeah, it's bad.

Losing Your BFF… to Her Boyfriend

Ah, the new relationship. A time to learn everything about one another, to cuddle (a lot), to hold hands whenever you can, to have lots and lots of sex… And, apparently, to ditch your friends.

The 10 Hottest Chick-Flick Guys of All Time

Even though we usually tear up (or start flat-out bawling, depending on your current romantic situation), no girl can resist the chick-flick. Or, more accurately, the dreamboat main characters that make our hearts swoon for 90 minutes (and then again when we watch the DVD alone on a Friday night and cry into a bowl of Thai food). Those boys are just so...perfect.

All year long I look forward to award show season, the best time to see my favorite celebs hitting the red carpet looking all kinds of fabulous. Sure, I love seeing who wins the awards and what the "experts" consider the best movie of the year, but everyone knows the best thing about these award shows is checking out what everyone is wearing.