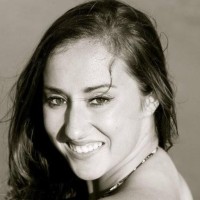 Training For a Half While On Vacation [One Month Challenge]

Last weekend I was in Boston, and while it was tough to wake up before my brunch loving crew to get a run in, I did it. This weekend I'm in Chicago for Pitchfork Music Festival.

9 Ways To Know You're Soul Mates

After a recent episode of 'Keeping Up With The Kardashians,' there isn't a doubt in anyone's mind that Kim and Kanye are soul mates. They just have so much in common.

This is seriously cutting into my social life! I'm in Boston this weekend, and it was very difficult to wake up yesterday morning while the rest of our crew slept in, so I could get a run in before brunch.

When I was 14, my mother pressured me to do a lot of things. I had to make my bed every morning, make it to class every day and make all A's every semester.

Since their marriage in 2006, rumors have been speculating about a supposed marriage contract between Katie Holmes and Tom Cruise.

Training For A Half Marathon [One Month Challenge]

Call me crazy, but I've decided to embark on a CollegeCandy One Month Challenge and train to run a half marathon.

When It's Not Cool To Play It Cool

Let me start this by saying that I am not cool. Not in the slightest. Sure, I'm generally reasonable and lucid, but I definitely haven't mastered the 'cool.'

How To Get Your Summer Love On

Winter is one of the best times to have a boyfriend. It's cold, no one wants to go out, and you really just want someone to curl up next to watch television with.

Things You Should NEVER Send Via Text

It would seem that the era of the 'phone call' is quickly diminishing, and more and more singles these days turn to texting, gchat, email, facebook, twitter, insert other social media outlet here in order to communicate with romantic prospects.

How To Be The Worst Intern Ever

Gone are the days when a college student could hope to get a job on education alone.

The 5 True Signs HE'S Really Falling for YOU

Last week we did a post called '11 Signs You're Really Falling For Him.' We thought it only fitting to follow that up with the signs that he's definitely fallen for you.

The Top 11 Signs You're Falling For Him

You can't fight it, you've got that feeling. You look like a happy idiot, and you don't even care.

15 Signs It's Time To Walk Away

There comes a time in most relationships when you must decide to, excuse my Texas heritage, 'shit or get off the pot.'