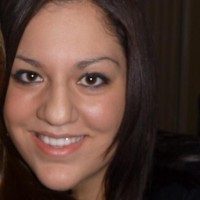 I have cried more times in the bra aisle than any human ever should. You name the store, I’ve probably been reduced to tears: H&M, Target, Victoria’s Secret (this could go on for a while). I’ve spent years trying to understand why all the beautiful bras halt at a size B.

It’s not easy choosing a shirt to wear out on a Saturday night. Maybe it doesn’t take you as long as it takes me, but I always try to match my ensemble based on the elements of the evening. Is this a night with the girls or the guys? Bar or club? Dinner or just drinks?

I have a firm belief that it’s impossible to look polished without nail polish. It’s the final accessory to an outfit that not only completes a look, but makes you look utterly put together. It’s so important that it of course slips my mind until the last minute all the time.

I hate to admit it, but I totally missed the TOMS boat last season. I remember walking around in my neighborhood, and noticing every girl who walked by was wearing them, which was surprising to me because the first time I saw someone wearing them I thought they were vintage.

I’m sure swimsuit shopping is the last thing on your mind right now. You usually don’t expect to think about the most horrible time of the year so close to the most wonderful time of the year. Until that last minute vacation invite pops up, and you realize you need to find a suit in the middle of a blizzard.

Let’s be honest, money stored in your cleavage is not sexy. What comes next…your lip gloss, cell phone, camera? (You gotta be packing some major weight up there to store all that.) When your skinny jeans pockets are so tight and small that they’re non-existent, don’t be tempted to store things where you think no one will see.

Which is more irrational: the decision to wear 5-inch heels in the snow, slush and ice, or that slinky top without a coat because you don’t want to hold one at the party? The bigger question is: who cares? Because frostbite doesn't hurt so much after you've had a couple cocktails, right?

Tis the season of endless holiday parties and panicking about not having anything to wear to them. Just because it’s the holidays doesn’t mean you have to wear a red or green ensemble (unless you’re attending the infamous “Ugly Sweater” party) and tacky holiday themed accessories. Please put those snowman earrings away now. And by away, I mean in the garbage.

I’ll never forget the year that Uggs first became popular, also known as the year that everyone on campus started to look like the science school had cloned humans. Maybe you remember the trend from bottom to top: It started with the tan (salt-stained) Uggs, and the black leggings, and the oversized shirt-dress.

Let’s be honest, our main concerns in the winter are not just staying warm, but also trying to avoid hypothermia without having to resort to the Michelin Man look.

I’ve been afraid of patterned tights since Gossip Girl made them such a trend. They look a tad bit tricky to pull off, which so makes me want to be the one who can pull them off perfectly.

’m pining over something a little different this week. It’s a little outside my comfort zone, and that’s exactly why I’m in love. It’s not a plunging neckline or a skimpy skirt, it’s actually a super cool ring.

I’m almost positive that I am not the only woman who wants to accent my assets and disguise my least favorite attributes. There’s no point in buying clothes that don’t make you feel fantastic - they should show what you want to show while smoothing out any imperfections (hint hint - last week’s waist belt).