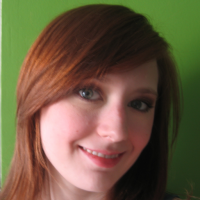 I'm Pale, Get Over It: A Fair-Skinned Manifesto [Friday Faves]

I was born with a skin-tone that falls somewhere between "fresh milk" and "blank paper." I've heard every "where are the Seven Dwarves?" and "Ah! You're blinding me!" joke in existence, replacing my joyful anticipation of summer with an ominous dread.

Duke It Out: Leave School For a Job?

Duke It Out: Fashion Goes Prepubescent?

Ah fashion, you cruel, sadistic mistress. Unrealistic body image has always been part of the package, considering that most major designers only have a vague concept of what human anatomy even looks like, but historically they have at least pretended that their designs are created for full grown women.

Duke It Out: Rating Sites

There has been a lot of controversy lately over sites like RateBU, where pictures of girls are posted online and people vote on whether or not they're hot. Yeah, I only wish I'd made that up. Regardless of whether you think this kind of thing is just fine or is a pathetic excuse for shallow douchbaggery, the question that a lot of schools are facing is - should this be allowed to happen?

Duke It Out: Is The First Date Dead?

This week, in keeping with my usual studious habits, I was surfing around the internet watching cute cat videos when I came across this article which posed the question; is the first date dead?

Duke It Out: Cyber Spying

Who among us has never Facebook stalked? Anyone? Seriously, anyone? It's easy and mostly harmless, so we all do it a little bit sometimes to see how much less awesome your ex's new girlfriend is than you, or to find out if that cutie in you American Lit class is single (and into women). It's not a big deal, right? But when does it cross the line?

Duke It Out: Black Friday

Next Friday marks the start of the holiday shopping season with the single most anticipated shopping day of the year here in the good ol' USA - Black Friday. A day when stores mark down items to ludicrous sale prices and people all over the nation line up in the early dawn hours to snag those bargains (and occasionally trample their fellow human beings).

Recently Kye Allums became the first publicly transgendered student-athlete in NCAA history to play as a male identifying player on the George Washington University women's basketball team. It's a big step for transgendered athletes everywhere and first off I have to say kudos to him.

Duke It Out: Is Photoshopping Wrong?

Recently, Rachael Leigh Cook (remember her?!) spoke out against the practice of airbrushing, going so far as to say that since false advertising is a crime and photo-correcting is essentially false advertising, then photoshopping in the media should be a crime. That's quite a statement there, Rach - let's go to the polls!

Duke It Out: Sexy for Halloween

In the words of the immortal Mean Girls, "Halloween is the one night a year when girls can dress like a total slut and no other girls can say anything about it." It's a time honored Halloween tradition for girls to put on their best 'sexy' costume and go party, right? And costume companies have certainly raised the bar on options (Sexy Elmo and Sexy Hello Kitty, really?) but is this really a good idea or are we just promoting a sexist stereotype?

Duke It Out: Gay Affirmative Action

When just a couple of decades ago many people couldn't RISK coming out in college, now schools are trying to recruit applicants from the LGBT community and while I have no qualms about that, I gotta wonder if it's fair.

Duke It Out: Daddy’s Girl?

In 'studies that make my skin crawl' news, researchers found that most people they studied wind up in long-term relationships with a partner who resembles their opposite sex parent. Basically that means that most women end up married to a man who physically resembles their father, which is... ick. Just ick. The question is, do we think this is really accurate, or did something go horribly awry in this study?

Last week, the Senate voted not to repeal the military's 'don't ask, don't tell' policy - a policy that's essentially a band-aid for the absence of gay rights in the military. The policy, which was introduced in 1993, has essentially stood all of this time as a way of saying 'you can be gay in the military, as long as nobody knows about it'.