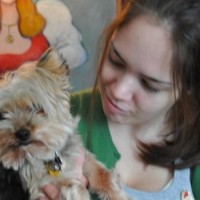 Now Showing: Just Go with It on DVD

Because the movie choices this summer are looking pretty bleak, my roommate and I decided to stay in and rent a $4 movie on iTunes. Not. Worth It.

Have you seen The Hangover? Yeah, so you’ve pretty much seen The Hangover Part II. The gang, still consisting of Stu, Phil, Alan, and Doug, get themselves into trouble in Bangkok. Of course, they remember nothing the next morning and must piece together their mistakes or they may never see Stu’s fiancée’s brother ever again.

My guy friends convinced me that I needed to go to a midnight showing of Fast Five in IMAX. Not my typical genre of choice, but I was pleasantly surprised with the film. Unfortunately, the projector broke before the end, so I can’t tell you how (allegedly) awesome the final car chase scene was. But I can tell you how cool it was to watch everyone in the theater throw cups at the screen…

Scream 4 is the latest film in the Scream series. Sidney Prescott returns to her hometown on a book tour for her self-help book. Of course, with her arrival, Ghostface also makes a return. A new generation of high school students, including Sidney’s cousin, are thrown into the world that Sidney herself experienced. Here are the top 4 Reasons why you should check out the original Scream trilogy Before Watching Scream 4.

In Insidious, two parents are forced to cope with strange and supernatural occurrences that follow one of their three children’s mysterious comatose state. The film starts out strong, and even superior to most modern horror films. Unfortunately, due to lack of risk-taking, unoriginality, and a bizarre turn in the second half, Insidious falls into the realm of C-grade horror films.

In The Adjustment Bureau, Matt Damon plays David Norris, a politician who falls for a dancer (played by Emily Blunt). Norris accidentally discovers that the world is run by a group whose job it is to keep everyone on their own life path; this “Adjustment Bureau” manages everyone’s fate.

You may not know by now, but I’m a movie nerd. In fact, I have seen all of the films nominated for Best Picture this year at the Academy Awards. Which brings us to why we’re here: I’m going to help those of you who didn’t want to spend a million dollars at the theater last year, but still want to impress at your Oscar party guests.

I’ll be the first to admit that I’m tough on comedies in general. In fact, I seem to be getting a rep as a movie snob… (See: Easy A and No Strings Attached). But at the end of the day, all I really want is a comedy that will respect its audience. I think Cedar Rapids is the perfect example of that.

I fell in love with the British show, Skins, so like most fans of that series, I was skeptical yet curious when MTV announced that they were premiering their own version of the show. The creator of Skins, Brian Elsley, is responsible for both versions, which explains the almost-identical characters and very similar plot lines.

You may be wondering why, since I usually write about new releases, I have chosen to review Blue Valentine (which was released in late December most places) this week. Well, despite being out for a month, Blue Valentine remains a water cooler topic. The subject is no longer the MPAA’s original decision to give Blue Valentine an NC-17 rating (read my thoughts on that here), but instead it is Michelle Williams' nomination for Best Actress.

When I groaned after No Strings Attached ended, my friend turned to me and said, “If you hate romance, don’t go see romantic comedies!” And those who have read my reviews before probably already know that I’m not a sucker for romance. So you would think that I might enjoy a comedy about platonic sex buddies Emma and Adam (played by Nathalie Portman and Ashton Kutcher).

Confession: I don’t do well with Westerns. And maybe that sentence makes no sense to you. But I’m thinking that the majority of people reading this review also conjure up images of confusing plotlines, boring shootouts, and racism when they hear the word “Western.” But, all that being said, I loved True Grit.

In, The Tourist, a mysterious woman named Elise (Angelina Jolie) diverts the attention away from her actual criminal boyfriend by using an American tourist in Italy, Frank (Johnny Depp). She meets Frank on a train and pretends to be married to him in order to divert the attention of the police and the mafia. The trailer wants you to believe that it’s more complicated than that…but it isn’t.