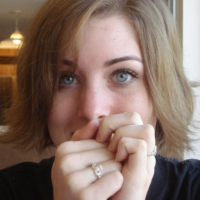 We all have our go-to stores that we, uh, go to when we need to stock up on some new wardrobe essentials. But what about all those other stores? The ones that you walk past on your way to Auntie Anne’s without a second glance? The “mom” stores, the old lady department stores, the stores that don’t start with “Forever” and end with “21″? Surprise! Many of those stores are filled with major cuteness that you’re missing out on!

I'll admit it. I'm a sucker for Justin Bieber's music. And I know I'm not the only one -- earlier this month, his "Baby" video became the most watched YouTube video of all time, with over 271 MILLION views to date. There's just something about his sweetly girlish voice and danceable beats that make his songs infectious.

Continuing its industry-leading efforts to provide strong role models to its female readers, Seventeen once again chose a winner for this month's cover: Barbados' own marijuana maven, Rihanna. Nothing like trashing hotel rooms and smoking illicit substances to inspire girls to be their best and make their dreams a reality.

I love reading magazines year-round, but nothing really says "summer" like laying out in the sun with a margarita and the newest issue of a teen mag. So when I opened up the newest issue of Seventeen, I knew I was in for a treat. Unfortunately, the Seventeen staff underestimated my need for juicy preteen advice and combined their June and July issues into one, but suffice it to say that this issue still contains a few gems only Seventeen would run in its pages.

The Skinny on Sexual Assault

Here at CollegeCandy, we often take on topics like entertainment, beauty, and fashion. But every once in awhile, we share things that might otherwise fly under the radar, things that aren't necessarily fun to talk about but that we as young women need to know.

At a school where most girls' wardrobes are dominated by T-shirts and going-out tops, I always find it refreshing to spot a girl who takes her style seriously. So after seeing Brooklyn roaming around campus on multiple occasions, I just had to stop her. She has the uncanny ability to look effortlessly cool in every situation

In this month's issue, I learned such gems as "Switch to decaf drinks after 4 p.m." (but Seventeen, that's when I start drinking caffeinated drinks!) and the fact that Megan "Toe-Thumbs" Fox once held a job in a smoothie café that required her to wear a banana costume. Fascinating. But, as usual, the greatest inspiration was in the "Love Life" section of the magazine

I basically live my life by the phrase "go big or go home." I'm an extremist in every way. I either love something or hate it, am obsessed or utterly disinterested. So after last week's Rollerblading success during spring break, I returned to campus with the goal of exercising EVERY SINGLE DAY.

At some point this week, exercise stopped being something I had to do and started being something I wanted to do. I'm honestly not sure what changed. Maybe it was the physical pain and exhaustion I felt after Irish dancing at a pre-St. Patrick's Day event last weekend. And then watching all my old friends performing on St. Patrick's Day, so full of energy, making it all look so easy.

OK, so Week 1 wasn't entirely unsuccessful. But that's not saying much. By the time Wednesday night rolled around, I realized I had yet to do any physical activity whatsoever. I hadn't even walked to class all week.

One Month Challenge: Fun with Fitness?

I am quite possibly the least athletic person you will ever meet. When I was 12, my mother asked me not to run in public. “It’s embarrassing,” she said. “There’s something about the way you run that’s just…weird.”