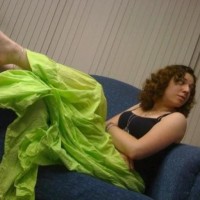 The 7 People Who Will Drive You Crazy Freshman Year

Freshman year is an incredible experience. For many, it’s the first taste of Keystone freedom, the first foray into frat parties out into the world. You'll drink with meet people from all walks of life. You'll quickly wonder how you ever survived without your newfound friends. But be warned: for every awesome new friend that you make, you'll find yourself face to face with an enemy.

A Non-Jew’s Guide to Rosh Hashanah

Wednesday at sundown is the start of Rosh Hashanah, the Jewish New Year. It’s one of the happiest and holiest days of the year, filled with fun (and a few...er....interesting) traditions. And a lot of praying. For those of you who’ve never celebrated before or are wondering why all your Jewish friends get excused absences from class during the first week (how unfair!), allow me to guide you through some of the finer points of our celebration.

Recently, a few of my friends and I got into a bit of a disagreement over who pays on a date. Although a few people agreed with me that if the relationship is long-term, the couple should split the costs for practical reasons (after all, especially if you’re on a college budget, it’s hard to bear the burden of all expenses), the overall consensus was that the guy should always pay at first. Some said the first date, some the first three dates, and others advocated up to the first year.

Running Out of Boyfriend Options

Since my high school boyfriend and I broke up halfway through my senior year, my love life has taken a slide down the tubes. Freshman year of college, every guy I liked turned out to be gay. Sophomore year, they all had girlfriends - with whom I’d inevitably become friends. And junior year, well, I guess it can count as an improvement... if being led on with dining hall dates one semester and having my first (sort of) one night stand the next semester can be considered an improvement.

You Can Be The Change

I’ve been in college for the past three years with one main goal in mind: to get my bachelor’s, get a graduate degree, and then get a job that would let me get involved in human rights advocacy. I have this grandiose plan that I’ll save the world. One day, anyway. Last month, though, I realized that the “one day” was what was holding me back.

Glee is Back! Let’s Catch Up on Old Times

It's finally here. Tonight at 9:28 pm ET, Glee is returning to TV! In honor of the momentous occasion, I'll be chugging Slurpees and listening to the soundtrack all. day. long. Too bad it will only be background music while I write the giant essay that's due on Friday and study for the 1,236 tests I have coming up. I've got so much on my plate I'll be lucky if I even get to watch the show tonight.

Last fall, I raced back to my dorm every Wednesday night to join in the "Glee" weekly viewing party in my friend’s room. Although we would regularly hang out and watch television, and at least sit and later discuss our other favorite shows, we would all drop whatever we were doing (even if it was a 12-page paper due the next day) and set aside special time to get together to watch the sensation that is “Glee.”

While you may be looking forward to seeing your friends, getting back to your favorite professor’s lecture, and maybe even that cute guy you were flirting with before the break, I guarantee you’ve forgotten about the other people you'll be forced to deal with. The uber annoying ones who always pop up after our beloved break.

Spring “Break”? Not With Some Professors

Ah, Spring Break. A time to relax, to de-stress, and to recharge for classes after midterms have drained us of our livelihood. Some people go on vacation to cut loose, some go home for a little R&R, and some even enroll in a short course to catch up on credits or work on a project with their favorite professor. Whatever your plans, Spring Break is you time.

What To Get Your Brand New Valentine

So, Valentine’s Day is 2 days away. Those who are part of a steady relationship have at least been dwelling on what to do for the holiday for a little while now, but what if you’re one of the people who thought you’d be spending the holiday alone and then, miraculously, you met someone, hit it off, and now you suddenly have a last-minute Valentine?

Yeah, I know. I’m from a city that has more bars than traffic lights and go to a school that was ranked number one on Playboy’s list of top party schools, yet I don’t drink. Or party - in the traditional sense, anyway.

The Forbidden Words of Dating