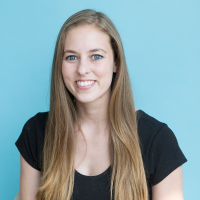 10 More Things That Annoy Me When We First Start Dating

We’re Bringin’ Sexy Back: From Trashy to Classy

When you live in a world where the Jersey Turnpike is the dance move of choice and having a florescent orange hue radiating off of your skin ensures a trip to the smush room, some changes need to be made.

How to Survive your 21st Birthday

Why He Rocks: Mario has the voice to send any girl over the edge. That, combined with his phenomenal lyrics, will leave you breathless.

Why He Rocks: With the combination of those eyes and a voice that makes us swoon, how does he not rock.

Trevor Eckman not only whips out a beat that you won't be able to get out of your head for days, but he keeps up a GPA of 3.9 while doing it. Smart and sexy? We’ll take that any day.

Watch Steve Ertl guy sing. If he doesn't steal your heart by the pure sound of his voice, then we don't know what will. Talented, charming... What else can a girl want?

Why He Rocks: Watching Louis on My Life as Liz is pretty great, but getting to talk to him is so much better. He's hilarious. You can find out for yourself because, lucky for you, he's on tour right now with his band, Augustine!

Suri Cruise is not only the daughter of two of Hollywood’s most insane parents (flashback to Tom using Oprah’s couch as a trampoline), but she’s nothing less than a miniature diva. I thought some girls I knew were bad, but as merely a toddler, this little one has them all beat. Surprisingly, we can learn some valuable life lessons from this lipstick-wearing baby starlet.

Why He Rocks: He's quirky, funny, and he's in a band that has a unique sound that you won't be able to stop listening to.

How to Get Your 15 Minutes of Fame in College

Being famous seems pretty fabulous, and if you want to get up to the level of Mark, ole’ Snooks, or even Paris, who’s always on top in her video and off, college is the place to start. If you think running for an office, being involved in multiple organizations, or leading your sorority is going to get you famous, it’s not. Don’t be a fool.

Ryan is wooing girls from coast to coast. With his killer voice and amazing guitar skills, his fan base is growing by the second. You may have seen him in a recent issue of Seventeen in the Hot Guy Panel, but for being the heartthrob he is, he’s one of the sweetest guys you’ll ever meet.

Michael's passion for music is so inspiring. And his voice may or may not take our breath away. Okay, it does. Ahhhh.