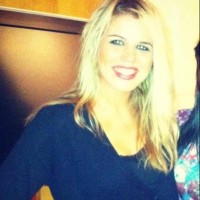 The Top 10 Reasons I Am Hating Hipsters [Friday Faves]

There's a new plague making its way across college campuses from coast to coast. Take one step into your local incorporated coffee shop, vegan restaurant, Urban Outfitters or American Apparel store and you will be afflicted. (Or blinded by all the neon spandex and overwhelming scent of cigarettes.) I'm talking, of course, about hipsters.

The Top 10 Reasons I Am Hating Hipsters [Friday Faves]

There's a new plague making its way across college campuses from coast to coast. Take one step into your local incorporated coffee shop, vegan restaurant, Urban Outfitters or American Apparel store and you will be afflicted.

Between Deena being constipated and weighing 40 lbs more than the first episode, someone losing their "dirty drawers" (my money's on Snooks....) and the boys sticking poo poo pads under Deena's pillow only to later find them under their own, this ep should have just been called "Sh*ts and Giggles...and Ronnie Tears."'

What better way to spend Valentine's Day than at New York Fashion Week? When boys fail, fashion rules. In the famous Lincoln Center Theater on February 14th, Mercedes-Benz Fashion Week showcased the fashion show of the season from the iconic Betsey Johnson. Our friends at Rowenta treated us to an extra-special night of floral prints, celebrities galore, crazy kooky hair and catwalk cartwheels.

I'm so glad we were treated to yet another episode of Maury... I mean, Jerry Springer... I mean, The Jersey Shore: Sam/Ron edition part 5023. We are finally treated to The Situation's first (and only) wise words: "Just break the f*ck up already" and we just couldn't agree more.

For last night's delightful mid-season, "let's just show 15 minutes of party footage and a few gratuitous shots of JWoww's body" episode, I decided to consult my most brilliant pop-culture dude friend to get some input from the male perspective on the whole matter. From Deenasaurus to Sam and Ron's dysfunction, we cover it all.

Jersey Shore: The Punch Heard 'Round The Boardwalk

Once Upon a Time, we are brought back to the greasy, dirty (city? town? state?) Kingdom of Long Island (why God, why?)... the land of disasters and stolen beds. Our heroines, Snookers and JWoww are raiding what Tom's left in the house. Stealing a BED? Chop his nuts off, Snook! The princesses collect Jenni's 17 fluffy puppies and bring them back to the Sleazeside Heights Palace.

I personally look to JWoww for most social cues, particularly her taste in pasties and the fact that she's opted to develop a tranny voice with Newports. Those are things that I admire in a woman. Which is why I was thrilled when MTV decided to devote an entire episode this season to her.

Jersey Shore: Blast from the Past… in a Glass?

Oh. My. Guido. After a hard two months away from these tri-state tanning terrors, they've finally, FINALLY returned. Unless you haven't noticed our entire crew of juiceheads, grenades and gorillas gracing the cover of every magazine and headlining every gossip blog.

Jersey Shore: Your Guide to a Perfect Premiere Party

That's right CollegeCandyites, the time has come once again for our favorite bunch of swearing, drinking, and skanky kids to premiere their show on MTV tonight. No, I'm not talking about "Teen Mom," I'm of course referring to the Seaside Heights gang that we watched tear up South Beach just a couple months ago.

After dealing with the turmoil of a breakup, the impending holiday season, the bitter cold and the death of my beloved aunt, the only thing getting me through were my workouts. That's right, while the rest of the world was going for pumpkin pie, I was skipping dessert and smashing up the elliptical.

[Everyone’s got a vice, a bad habit, something they know they need to change. Unfortunately, everyone also has a million...

So I've made it through week two, and surprisingly, it's gotten better every day. I've been pushing myself and have discovered the joys of OnDemand exercise videos featuring Jillian Michaels, which I use to warm up before I put in my time at the gym. I asked you all last week for some tips and tricks to get through this and I was overwhelmed with the responses.