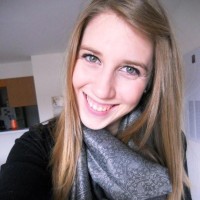 A few weeks into our new LDR, reality set in and I was down and out, wishing someone had taken me aside and told me what to expect from such a difficult situation. I shared those lessons with you, so anyone diving into their first LDR would know what to expect. Now, months later, I am still learning and still struggling.

One Month Challenge: Giving Up Gossiping, Week One

We all do it. When we are with a group of friends, we search around the room and lean in, giggling. Sideways glances and nasty whispers. There is nothing like a good gossip sesh to make you feel in the loop, and in control. Sometimes a scapegoat is all you need to make an otherwise terrible day better.

I used to be an avid Lady Gaga fan. She was quirky, and her music was catchy. I even loved her strange sense of style, telling my friends how awesome it was to finally have a true performer on the music scene. Her music videos, although weird, I tolerated, saying it was what made her, her. Now, however, I can’t appreciate Lady Gaga for the artist she is.

True Story: I’m Spending My Summer In The Country

The summer before my freshman year of college, I packed my bags into the back of my car and drove to the big city. Cue the music, feel the rain on your skin, no one else can feel it for you… My blonde hair was whipping in the wind, my shades on. I was starting a whole new life, and although Raleigh, NC is nothing like LA and my life is far from an episode of The Hills, it was really exciting.

Cuddle Spray: Viagra for His Emotions

A constant complaint we girls have is that men “don’t talk," that they “never tell us how they really feel,” and anyone who's ever interacted with a dude knows its pretty unusual to see one cry. And sometimes that gets frustrating and we just want our guy to share his emotions. We don’t want to date a robot; we want a guy with feelings. We know they're in there somewhere and we just need a little somethin' somethin' to bring 'em out.

Whoever said that “honesty is the best policy” has obviously never been in a relationship, nor had a best friend on their period. Sometimes a girl’s best friend is a white lie. Trust me, I know from experience. Not only have I had a petition signed against me (yeah, really), but I’ve also gotten into many fights that could have been avoided by not being brutally honest.

5 Things I Wish I Knew About The LDR

Now that I’m in an LDR (my first EVER), I wish someone had taken me aside and told me some things. Knowing what to expect would have made this giant change a whole lot easier on me, on my sanity and on my relationship. So that's what I’m going to do for all of you ladies, right now. Here are five things you should know before entering a long distance relationship that I have discovered in my experience so far.

Facebook has become central to our lives and, much like Google, is not only a noun, but a verb as well. But at times, like when we're trying to maintain a relationship, Facebook isn’t that great. In fact, it's yet another outlet for really awkward situations.

Spring Break-it Somewhere Other Than The Beach

Spring break, a week most college students spend on the beach during the day and in the bars at night. While this is always fun, sometimes it is nice to get away from the ordinary and try something different. Having trouble brainstorming a spring break that doesn’t involve drinking on a beach? We’ve got you covered!

Down to the Bones: An Interview With Anorexia and Bulimia

My friend Tina (not her real name, obviously) suffered alternatively from anorexia and bulimia for years and she agreed to share her story. Her anorexia began when she was around eleven years old, and continued on and off. When she began to suffer from bulimia, she was fifteen. She used to throw up after every meal, no matter how small it was.