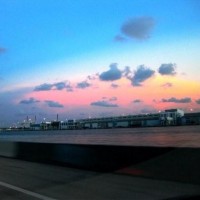 Would You Rather be forced to pick up an unhealthy habit you hate (smoking, eating fast food for every meal, giving up exercising) OR give up your absolute favorite activity?

Would You Rather get a grant for $100,000 to help start the business of your choosing OR have $50,000 to use to travel the world for as long as it lasted you? Things to Consider: Being your own boss, changing the world, seeing the world...for free.

strong>Would You Rather win an insane shopping spree for a totally brand new back-to-school wardrobe OR get to sit down and chat with your favorite celebrity (dead or alive) for five minutes? Things to Consider: these, this, touching Justin Bieber's hair (!!!!) or, you know, talking to someone you love.

Would You Rather relive your college years but not be allowed to change anything OR make one change, thus changing your entire college experience? Things to Consider: That time you drunk texted your mom, that epic night that went down in history, the person you are now.

You know those hermits you hear about that live in caves, hunt wild animals, and never cut their beards? Well, whenever I come home during a break from school, I give them a run for their money (minus the wild animal and beard parts - I like my meat cooked and my face fuzz-free). When I'm home, I hang out with my family and might make it to lunch with some friends a few times, but that's pretty much the extent of my human interaction.

Would You Rather go to the bathroom at the end of an amazing date and realize your nipple had been showing the whole time thanks to your new low cut top OR realize you sent your fantastic date a text, meant for your best friend, describing all the graphic things you wanted to do to him?

Would You Rather have an unpaid summer internship with a boss like Miranda Priestly from The Devil Wears Prada or a summer job making bank as a nanny for the brattiest group of triplets you can imagine?

Would You Rather be locked in a room with Spencer Pratt (yes, crystals and all) OR Jenny Humphrey?

Would You Rather be able to go back in time and fix a mistake you made and possibly change the course of your life OR get a glimpse of your future but not be able to change anything about it?

Would You Rather have uncontrollable, loud gas at your first dinner with your boyfriend's parents OR find out that your parents snooped and read every text message in your phone?

It's warming up at Northwestern, finally! Everywhere I go I see girls trying to figure out how to dress for the finicky weather; some in tiny shorts and flip flops, some in suede boots and dresses with tights, and everything in between. And then I saw Brittany, the perfect example of how to dress for warmish weather and still look absolutely adorable.