How Bad Is Hurricane Harvey Going To Be? Right now there is an intense hurricane rapidly approaching the southeast coast of Texas and south coast Louisiana.

Right now Harvey is still over the Gulf of Mexico and is currently a Category 2 storm. Meteorologists say that when Harvey hits Texas it could be up to a Category 3. 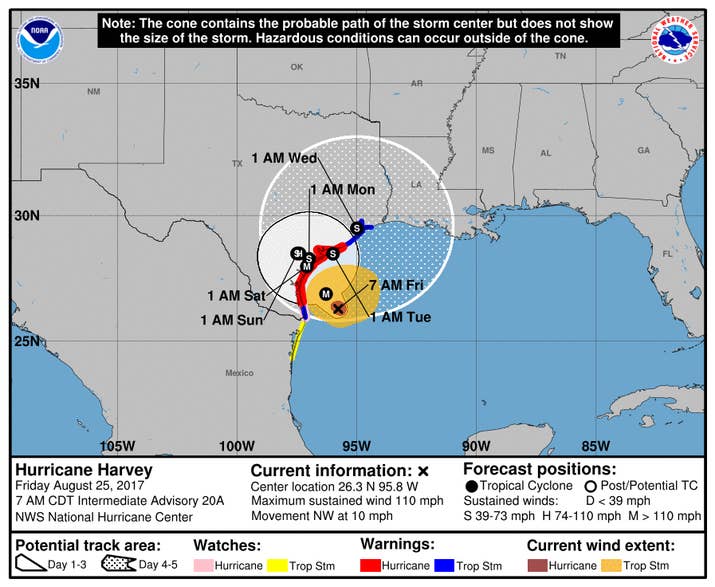 Once Harvey hits it’s expected to rain at least 35 inches. This just adds more issues to the mix and can encourage flooding.

Hurricane Harvey isn’t going to be bad as Hurricane Katrina, which was a Category 5 storm. So the state of Louisiana has seen worse, but it’s still going to be a terrible storm.

.@GregAbbott_TX: "Urgent need for people to evacuate as quickly as possible if you live in one of these low-lying areas." #HurricaneHarvey pic.twitter.com/w8yfBny1pj

If you can’t evacuate the area that is being hit make sure your windows and house is secured. Double check on your food and water supply. Make sure to stay away from windows and be on the ground floor, turn off your electricity and don’t go outside.

Hurricane Harvey is supposed to do some serious damage. Stay safe everyone!

The University Of Texas At Austin Confederate Statues Details