Just two days after her birthday, Queen Bey has blessed us again. Beyoncé just released her new campaign for her clothing collection Ivy Park’s Autumn/Winter 2017 line. Ivy Park’s latest line features new leggings and sports bras with the infamous block letter logo and the campaign does not feature Beyonce herself this time around. Instead, it features Emmy-nominated actress and trans activist Laverne Cox.

It's about being free. Listening and moving without any judgment or limitation @weareivypark #IVYPARK #ad

When the Orange Is The New Black star tweeted, “Yes it’s true. I’m collaborating with Beyoncé on a new project” last month, none of us expected this. As everyone knows, Laverne is a huge super-fan of Beyoncé, so it’s no shock that she must be over the moon as she becomes the new face of the singer’s athletic wear line. “It’s like I’m dreaming,” she told PeopleStyle.

I feel all tingly getting to finally share this beautiful new campaign with you all. It's about being free. Listening and moving without any judgment or limitation @weareivypark #IVYPARK #TransIsBeautiful  #ad

“It’s about being free,” Cox tweeted about the campaign. “Listening and moving with out any judgment.” She went on to thank Queen Bey, calling it an incredible honor and saying, “There are no words that can describe how honored I am to be apart of this campaign.”

Even with Cox as the face of the brand, the campaign features a true diversity in its representations of beauty. Models Grace Bol and Souffrant Ralph are both featured, showing rare depictions of diverse features with Bol’s smooth, dark chocolate complexion and Ralph’s almost entirely freckle-covered face and body. Karen McDonald, Beyoncé’s 60-something year old choreographer, also elegantly models an Ivy Park logo hoodie with her greying dreads tied up. 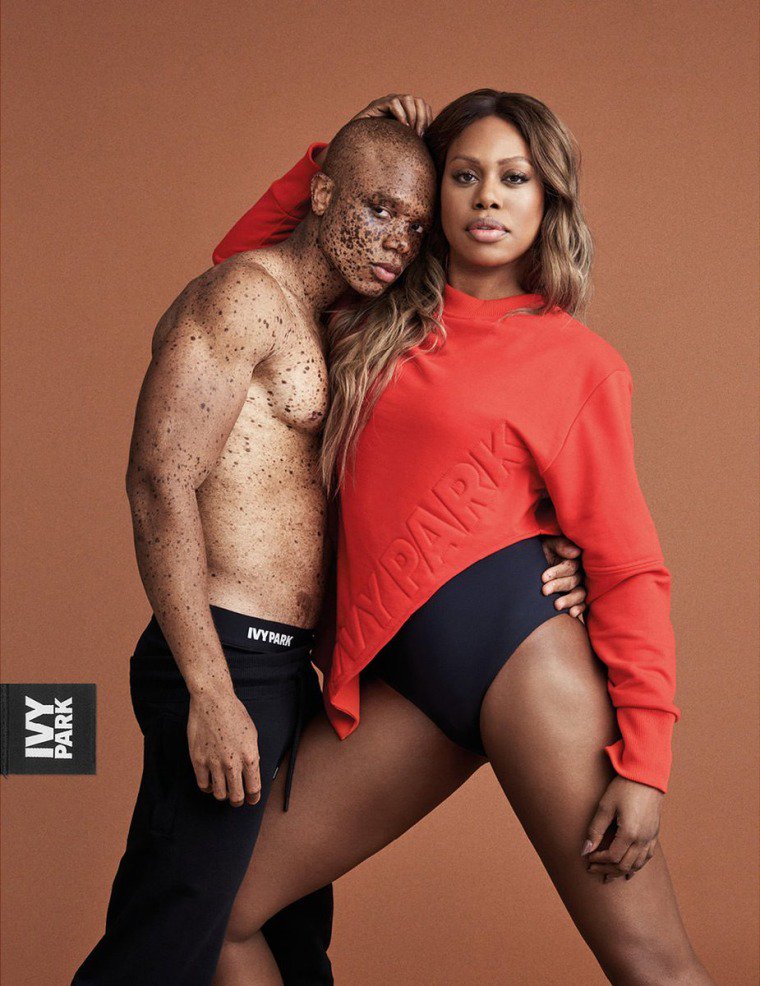 The line includes many simple pieces, like the hoodie mentioned above, as well as other pieces made with premium knit technology, color blocking, and asymmetrical cuts that we didn’t see in the last collection. The line will be sold in Topshop, Nordstrom, Lady Footlocker and more, just to name a few retailers.

If these ads were intended to leave us wanting some new items from Ivy Park, they did their job. Beyonce continues to be the queen.

Beyonce Net Worth 2018: How Much Is Beyonce Worth Now?