Britney Spears fans have supported the pop star through all of her highs and lows.

A fan jokingly tweeted that a 3D image of Britney Spears was actually the outcome of Harvard University scientists’ attempting to recreate what Cleopatra looked like.

According to BuzzFeed, this tweet is actually part of a larger joke that started from a Lana Del Rey fan account. The person who runs @lovemedown told BuzzFeed that they’re mutuals with the Lana stan account. 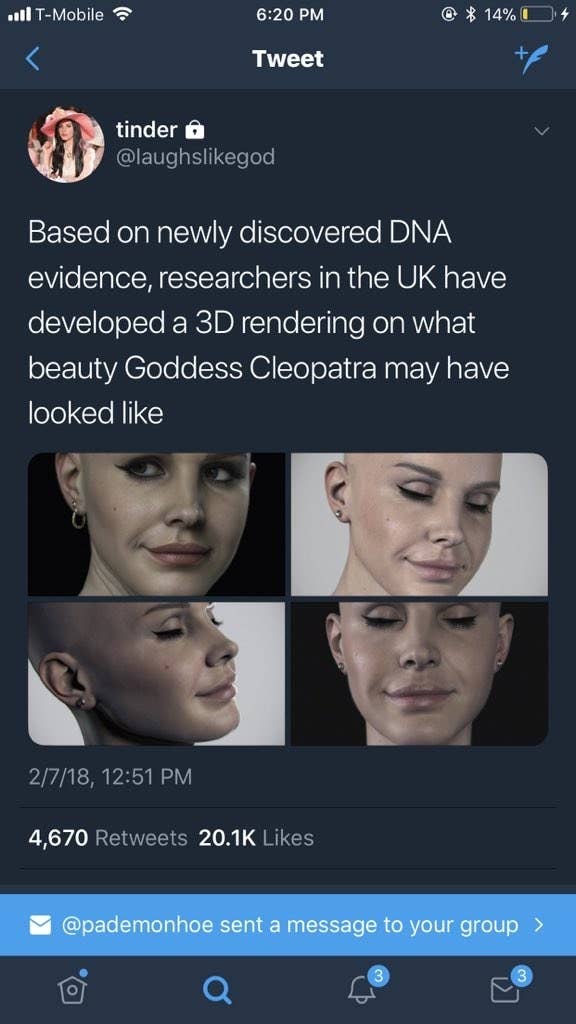 But the best part about the Brtiney Cleopatra tweet is that people thought it was real. They really believed that Harvard scientists created a 3D rendering of Cleopatra based on research and facts and she happens to look like Britney.

Twitter users flooded @lovemedown’s mentions asking where the link to the study was and arguing about Cleopatra’s ethnicity. They were quick to remind them that Eygpt is in African so the likelihood of Cleopatra being white is slim.

Sorry, but you don’t get to just say “Trust me, I studied —— in college” Where are your sources? If you have any research articles (published in journals w/ decent impact factor) I would love to read them.

Why don't you link the scientific article instead of just posting unverified pictures?

Seriously, a lengthy Twitter discussion took place arguing Cleopatra’s ethnicity and if she would be white passing, black or Greek.

this is a cgi of britney spears

So was Jesus white too asking for a friend

You're kidding me, fringe bangs come from Ptolemaic Egypt?

If you see any tweet claiming that scientists found out what Cleopatra looked like, it’s more than likely fake, so no need to ask for receipts.

Arie Luyendyk Jr. Just Said What We Are All Thinking About ‘The Bachelor’s’ ‘Women Tell All’
Read More:
NewsBritney Spears,twitter