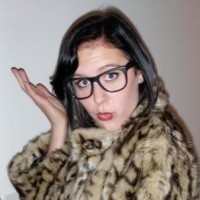 How Many Partners Do I Need to Tell About My STD?

You could say I’ve been rolling the dice sexually; there have definitely been a few regrettable slop shows.

I have a new guy in my life and I like him a lot. We have fun together and the sex is off the chains. But he dropped a bomb on me last week; he told me he is bi-sexual.

I Cheated On My Boyfriend, Should I Tell Him Before I Dump Him? [Ask a Slut]

Since I am going to break up with him anyways does it make a difference? Am I just relieving myself of guilt and hurting his feelings in the process if I tell him? Or does he deserve to know the truth? What should I do (or not do)?

I am a 25 year old virgin. There I said it. I am not a bible thumper, a head case or a disgusting troll woman; I am just very shy and I have been waiting till I connected with somebody till I had sex.

I’ve been seeing this guy for a few weeks now and things have been going really well. I really like him, but there is one big issue that I am not sure I can move past. He doesn’t believe in monogamy.

How Do I Indulge His Wildest Fantasies? Ask a Slut!

I've been dating my boyfriend for about six months now and we have a really great relationship. He's one of my best friends, and our sex life is definitely good. The thing is, though, that I tried to talk to him the other night and ask him what some of his fantasies were, and he totally thought I was joking.