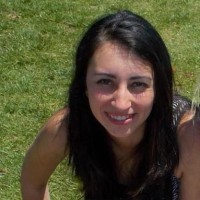 You haven’t witnessed true joy until you’ve seen a dog pick up their college-aged owner from the airport.

Your 7 Must-Dos During Winter Break

It would be easy to spend three weeks eating Nutella out of a jar and watching every single episode of Gilmore Girls ever filmed on Netflix.

21 Things No One Ever Tells You About Turning 21

The hangovers get worse the moment the clock strikes midnight.

How To Study For Finals: A Definitive Guide

One of the most important things when studying for several exams is to use your time wisely—and I’m not just talking about asking your mom to change the family Netflix password.

The Uncensored Timeline of Studying for Finals

11:00am—I now have a near encyclopedic knowledge of every guest star to appear on American Horror Story (thanks, IMDB) and am well-versed in the upcoming new releases on Netflix.

Finals don't necessarily have to be a nightmare, because like any bad awards show or endless sporting event, they're infinitely better as a drinking game.

7 Things That Are Only Socially Acceptable During Finals

Your most recently used emojis heavily feature the crying laughing one and the red wine glass (it’s a fantasy, not a representation of your current, sad reality).

11 undeniable signs that it’s time to return to a magical land with minimal responsibilities and a fully stocked fridge.

9 Reasons Homecoming is the Best Weekend Ever

Not only are you now older, wiser and less painfully awkward than you were the first time the plastic crowns were up for grabs, you now have a college bar within walking distance and a newfound passion for tailgating.

5 Ways to Make Your Most Comfortable Outfits Work for Chapter

As much as you’d like to think your closet resembles Olivia Pope’s, sometimes all you can find are 3 sailor costumes and enough frockets to outfit a small army.

If you’re single, and somehow the man of your dreams hasn’t materialized yet, you’ve got two options.