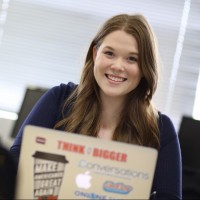 If You Haven't Heard of Russian Figure Skater Yulia Lipnitskaia, You're Doing It Wrong

My jaw is still on the floor after watching 15-year-old Yulia Lipnitskaia compete in the women's short program earlier this weekend.

Jessica Simpson Showed Off Her Post-Baby Bod, and She Looks Amazing

Jessica Simpson has gotten a lot of flack in the past for gaining weight, but she wasn't going to take any of that criticism lying down. Homegirl looks amazing.

10 Winter Olympic Athletes We Have Girl Crushes On

So I know that every straight woman in the world loves to drool over the male athletes during the Olympics, but what about all the hot female athletes?

In an effort designed to appeal to the world and the cultures embedded in each country, the Sochi Olympics chose the most popular song in the world as a landmark moment during Friday’s opening ceremonies at the 2014 Olympics.

Is There Anything Better Than Celebrity Mean Tweets?

By now, I'm sure you've come across one of these videos, but man oh man, if you haven't, we've got a treat for you!

J.K. Rowling Crushes All Our Dreams By Admitting Hermione Should Have Married Harry

To be fair, I guess I did always have a little bit of curiosity when it came to Harry and Hermione, but I never would dare to think that Rowling herself would utter such madness.

Toddlewood has recreated many red carpet events over the past year, but the 2014 Grammy red carpet recreation just totally takes the cake.

In the letter, Farrow writes in detail about multiple alleged sexual assaults at the hands of her adoptive father, Woody Allen.

Here's 20 .Gifs of Harry Styles Being Adorable in Honor of His 20th Birthday!

It's been a hell of a year for the cutest guy from One Direction. Yes, I'm talking about Mr. Harry Styles. He turns 20 years old today! Woo hoo!

The best part about the song is obviously that Rihanna makes an appearance in it!

How do you define beauty? When you think of a 'beautiful person' what is it that comes to your mind?

Dateless for Valentine's Day? Here's 7 Fun Things For Single Girls To Do!

From eating a ton of chocolate to having a dance party, there are plenty of ways to kill those single girl blues and have an amazing Valentine's Day!