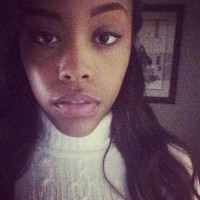 Cutest Picks From The 2015 NBA Draft

Every year near the end of June, the National Basketball Association drafts 60 young men from the college and prep...

Because nobody wants to hear "Happy" again. Like, ever.

As we all know, summer is right around the corner, which means warm weather, cute boys, and barely-there clothing.

What good is reading a juicy novel poolside without an amazing drink to accompany it?

Because I've had the "I don't have anything to wear!" meltdown more times than I can count, I'm here to help prevent you from having the same issue.

"I love my HBCU because it has made me feel comfortable in who I am as a Black woman."

When Nicki Minaj finally released the long awaited video for "Feeling Myself" ft. Beyonce, obviously, the internet blew up.

21 Before 21 College Candy Challenge: 21 Things You Have To Do Before Your 21st Birthday

With quite a few young adults running around Virginia Beach this weekend for #CBW2k15, certain events (wink, wink) are bound to happen.

Actresses of Hispanic, Asian, and Black descent have been making a big splash in the media.

5 Things To Never Beat Yourself Up About During College

Let me start this post off by stating the obvious: college is hard.

6 Best Rihanna GIF's For All Of Your Emotions During College

As college students, we go through a range of emotions, some of which we cannot express in words.