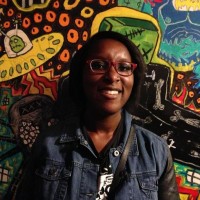 Are things still weird with the Liars? Of course!

Catch up with all the liars this week.

He always seems like the cat has his tongue because homeboy never knows what to say.

The girls are making all the usual terrible choices this week.

At this point in the game, there's really only the top two, the bottom two, and everyone else.

What were the Liars up to this week?

The Bachelor Week 5: Power Ranking the 5 Most Desperate Contestants

This is the week we’ve been waiting for, our first to be continued! TBC on this type of show always means that something crazy happened.

Your Pretty Little Liars Cheat Sheet: The Bin of Sin

This week the girls continue to face the future while the past still haunts them.

In honor of what could have been, let’s discuss the top five women pitching Chris’s tent this week.

Your Pretty Little Liars Cheat Sheet: Over a Barrel

What are the liars getting up to this week?

Let’s be honest, if you’re not in the top five on this show then you might as well be dead or fat, which is probably seen as the same fate to many of the contestants.

It's college acceptance season for the liars.

Your Pretty Little Liars Cheat Sheet: Through A Glass, Darkly

The Liars are back!